Cybernetics: “The art of finding your way” 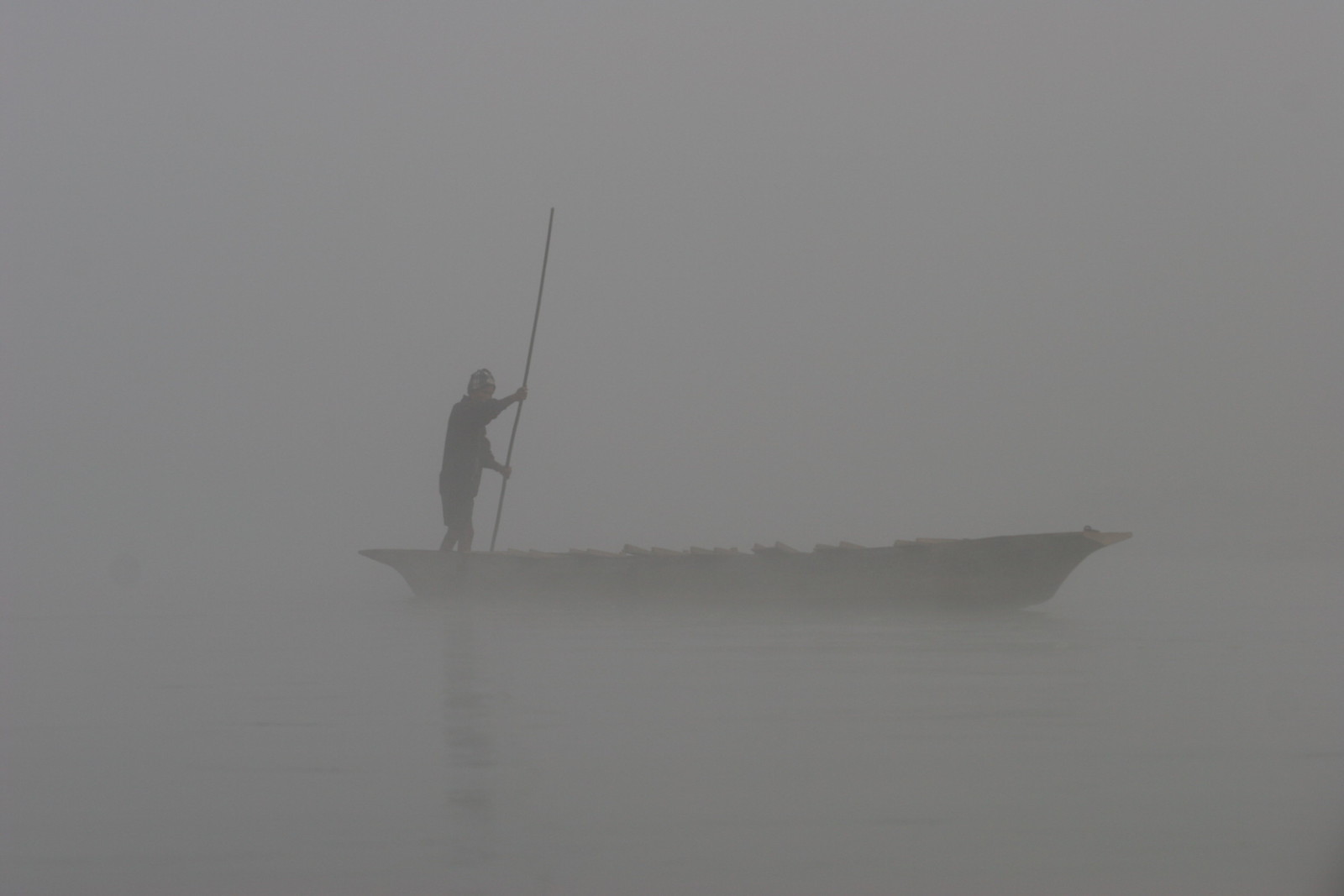 In the fundamentals of the systemic and strategic approach, we find, of course, systemic, as well as cybernetics and communication theory.

Another article already deals with some aspects of the system, although it fails to characterize the systems, which will be the subject of another article. Here, the subject is indeed cybernetics, as a science that has largely contributed to the beginning of systemic life, in particular through the adoption by Bateson will make it in its therapeutic approach. Cybernetics does not mean robotic at all, has nothing to do with cyberpunk or cyborgs – too bad, if you believed it – kesako this thing? And what is related to the systemic approach?

At the origins of cybernetics… The first movement

Let’s put the term from the beginning: Cybernetics comes from the Greek “κυβερνητική”, “kubernêtikê” from the Greek “kubernân”, which refers to the piloting of a ship. By extension, this will give the words “rudder”, “govern”, … in French (I only copied / paste. source: Wikipedia).

In the early 1940s, several mathematicians, engineers and neurophysiologists laid the foundations of the discipline, with the aim of theorizing the functioning of organizations through communication and self-regulation structures. Among them, mathematician Wiener will choose to use the word “Cybernetics” to characterize this discipline.

In this trough of knowledge and intellects, we will find other names, such as psychiatrist William Ross Ashby – who will propose the Law of the Required Variety” or mathematician Alan Turing.

According to Wiener, by studying how information circulates in the organization and allows decision-making, we can understand how it works. From there will come the concept of “feedback” or feedback, which can be considered positive or negative… without it having any connection with what is called in our usual language “positive feedback” (“too good what you did! “), or “negative feedback” (“Really… you abused to be still late”). It’s a trap!

To summarize and give a clear definition of cybernetics, I will take two (here… “a definition”, “clear” and “cybernetic” in the same sentence was arrogant on my part, given my level of skills…).

«The science of control and communication in animals and machines »

«The art of finding your way »

So… Let’s talk a little about the feedback and this Law of the required variety.

The story begins with a question of missiles… We can see a “human interactions” side, certainly… but not the most joyful.

During the Second World War, Wiener worked on improving anti-aircraft defenses. How can I hit a target in motion – and in fast motion – in the air? A question that may seem simple today: it is enough for the missile to follow the plane, right?

That said, in a world where artillery throws shells, on sometimes mobile targets – certainly – but slow, and especially where the possible impact surface is wider – a shell that falls next to and not perfectly on the target already causes large damage – touching a small fast object with a non-linear movement in the middle of “nothing” (well, air), poses other problems.

This is how Wiener will lay the foundations for the targeting and automatic firing of missiles. (He will refuse after the war to work for any government organization or affiliated with the army).

The principle is simple to popularize: since the initial information received at the launch of the missile cannot be trusted, it is necessary to systematically readjust the forecast destination of the object. Thus, the missile sends a detection signal to the aircraft; from the aircraft it will receive information that will allow it to adjust its trajectory as it progresses, reducing the gap to its objective, until impact.

And from there, we identify positive and negative feedback… in the mathematical sense.

In the field of human interactions, because the subject is there and not in the study of missiles:

Possibly, it will even lead us to final failure.

«The more I ask my son to shut up, the more he starts screaming.»

Other cases we easily encounter are related to life difficulties (professional or personal), against which we will use a solution from our past experience, which only amplifys the problem. The more a couple disagrees, the more they try to come up with the idea of disagreement by fleeing conflict, the closer they approach their separation.

There is also the subject of the growth limit (Peds Report, 1972). The more we consume raw materials and energy, the more we degrade the Earth, the closer we approach our extinction.

Thus, positive feedback is synonymous with deregulation of the system, bringing either its end or a drastic change in its operating rules. Later, Bateson will use the idea of “type II change” to qualify situations where the system succeeds in changing its operating rules without disappearing.

«I had been refusing to process this pile of files for a month, but I started and the number has become acceptable again »

Let’s take a team, whose goal is to deliver a quality product. If after months of adding new features with broken flanges, the quality deteriorates, feedback to correct and reduce the gap from the objective, for example positioning “cleaning” and patch moments will be considered negative feedback.

In contrast to positive feedback, those that are negative are the support of the regulation of a system, bringing it closer to its state of balance.

The Law of the Required Variety

1956 . William Ross Ashby enuns this law, which is simple in appearance: “The more varied a system, the more the system that pilots it must also be. ”

By “varied”, Ashby means the variety of rules for maintaining the functioning of the system; i.e. the set of regulatory processes available to a system to maintain its autonomy and integrity; that is, the set of negative feedback that it is able to emit following a stimuli.

To calm a class, a teacher will have to have more types of regulations than the own regulations of the system formed by children, whose stated objective is not to suffer from an hour of boring class. If at each type of student dropout, the teacher uses the same regulation, the former will find parades to meet their objectives. Having only one rope at its bow allows a first control of the situation, however it rarely works for a long time.

The same goes for a management facing its teams, and it is all the more prominent in our professional world where it is “important” to give way to the creativity and autonomy of the teams.

Let’s take a direction advocating autonomy as its objective that does not have as the only means of regulation, when the situation escapes it (which happens, when we support autonomy and creativity), to become directive; it will position its teams in a paradoxical situation, sweeping away all autonomy and trust with a single reverse. The feedback from the teams can then be a disengagement, a disponsibility, leading the management towards the failure of achieving its objective.

Note that it also works perfectly with a management with only delegation, since by definition, it no longer drives, or participatory, a case in which it may happen to waste phenomenal time for all for a disappointing and frustrating result.

Moreover, we can notice in companies that management committees have few, but still two or three modes of regulation, when they impose one and only one operating model on their teams: this is what will be called “TOM” (for target operating model) in consultant jargon. It is a simple and reassuring way to reduce the complexity of a system to be able to control it. It is also an illusion, because any document seeking to make visible the operating processes of a service, a management, a company, systematically fails to take into account purely human regulatory processes (for example, a discussion at the coffee machine to solve a problem, or to complain and strike).

It is often an illusion to want to “restrict” the variety of the piloted system; on the other hand, it is useful that the pilot system increases – if necessary – its own variety of regulation, if it wishes to continue to be a pilot (hence the word “required”)

In short… A simple statement. Which can materialize into complex puzzles in the field.

The second movement: reconciliation between Cybernetics and Systemic

At the origins, cybernetics and systemic did not go hand in hand.

The theorists of both schools trying to describe about the same elements, but with different tools… logical that there may have been some frictions. Indeed, Wiener does not talk about a system, only a transmitter, a receiver, feedback.

If Ashby mentions systems in the Required Variety Law, it is because of a rapprochement between the two disciplines; moreover, the latter will work in conjunction with Bateson who, drawing on these two approaches and accompanied by others such as Watzlawick, Fish, … will bring out powerful concepts, thus bringing together the characterization of a system, the study of its operation.

In these new concepts, we can mention homeostasis, morphogenesis, for example.

Moreover, let’s go back to cybernetics to talk about homeostasis…

It happens – often in fact – that homeostasis is to be preserved, protected and above all not to be put in crisis. Hello climate change. It should also be noted that we can raise the idea that the human species has developed far more mechanisms to regulate its progress towards its own goal (say… invade everything and enjoy) than its environment (planet and others) is able to treat. Without wanting to put here the Required Variety Law…

And sometimes, homeostasis prevents the achievement of a targeted objective. Here, we will be able to look at the existence of a second real, masked, subtle objective of the system. An objective that can be antagonistic with the expressed objective. For example, these situations where we say to ourselves: “Next year, I will stop smoking!”.

To bring about a change in a team or in a person, cybernetics – through this regulation mechanism – tells us the idea of destabilizing the system, enough for it to regenerate a new mode of operation. Can it be interesting to generate more positive feedback? Not necessarily. Or at least, it is easier to “remove” than “add”. Also, one of the fundamental principles of systemic therapies (and those that have found inspiration or origins in this current, such as CBT, Solution Focus brief Therapy, …) and coaching is to block negative feedback, in other words, block attempts at redundant / inappropriate regulation solutions that keep the client or patient in his condition (related to the phenomenon of homeostasis).

And so… “The problem is the solution”, a meaningful sentence here, that we lend from Watzlawick.

Finally, another of the contributions of cybernetics to the systemic approach: the observer of the system has since been considered part of the system, since, by its mere presence, it will generate various feedbacks. And this, even in silence and lack of movement because – again Watzlawick – “We can’t not communicate”. This is of essential importance, because it emphasizes that, desired or not, the accompanying person is immediately “part” of the problem of the person or group who comes to consult him.

I tried to make it short, very short. It is also frustrating: there would be much more to say. However, in this article, you should be able to find the essentials of what is behind the word cybernetic, the main contributions of the first two movements (because there is a third) and what the systemic approach owes to this “Art of finding your way”